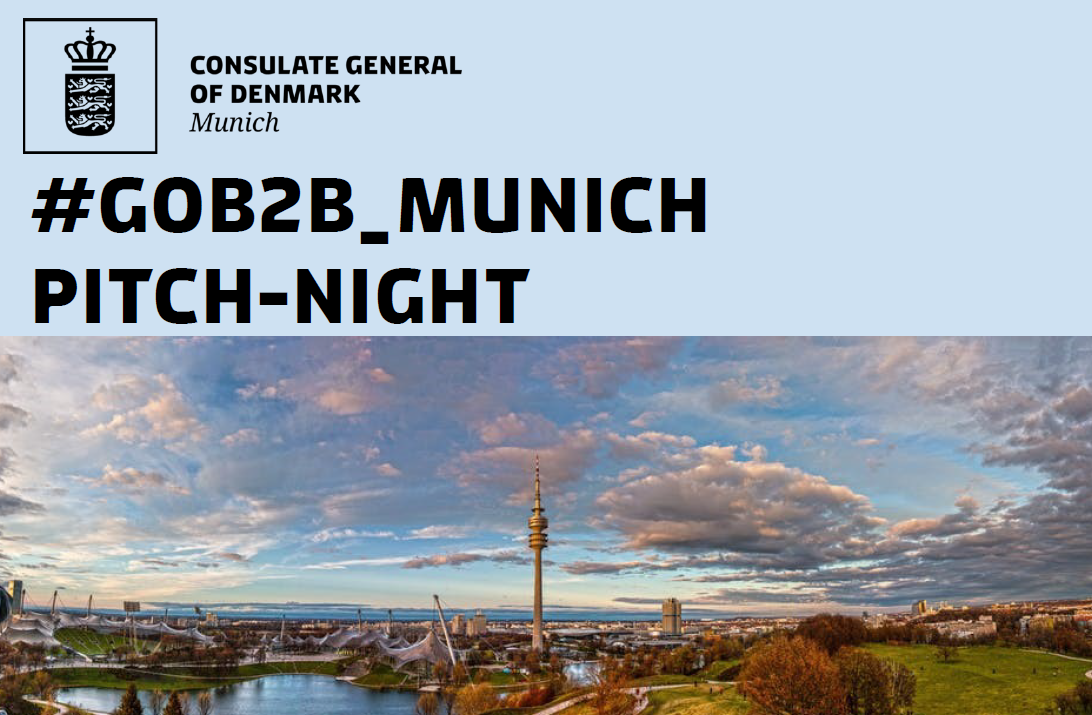 Ten selected B2B startups from Denmark have been invited to Munich for the ScaleIT Germany #GOB2B_Munich – a six-day accelerator program developed and run by Innovation Centre Denmark – a part of the Ministry of Foreign Affairs of Denmark.

During their stay, the startups will learn to convince and collaborate with potential German clients and investors through workshops, direct exposure to representatives from relevant corporations, pitch sessions, 1:1 encounters and networking with peers.

On Friday the 28th of September, upon completion of the first two days of the program, the startups will get the chance to put their newly acquired knowledge into practice during our pitch night at the Royal Danish Consulate General in Munich.

We would like to invite you to the pitch night and offer you get access to some of the most promising Scandinavian startups in the B2B-segment. The pitching session is followed by drinks, networking and optional one-to-ones.